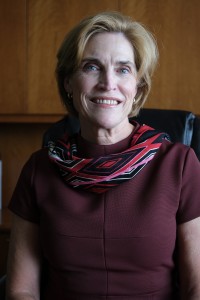 Judge Laura C. Inveen (ret) was appointed to King County Superior Court July, 1992. Unopposed for election throughout her tenure, she served until stepping down in August, 2019.  Extensively involved in the court’s administration, she was Presiding Judge of the court, served as Chief Judge of the Civil and Juvenile departments and was a member of the court’s Executive Committee. She has presided over all calendars of the court, adjudicating all types of cases. From 1988 to 1992 she was a judge of the King County District Court.

Prior to serving as a judge, Inveen was in private practice emphasizing municipal law and civil litigation. Her legal career began providing criminal defense in a public defender agency.

Judge Inveen (ret) received her undergraduate degree from University of Puget Sound (1976), where she is a member of the Board of Trustees, and received her Juris Doctor degree from the University of Washington School Of Law (1979), from which the Law Women Caucus honored her with the UW Law Distinguished Alumna Award.

In her spare time, Judge Inveen (ret) enjoys training for triathlons and travelling with her family.

A diligent, inclusive and thoughtful approach to resolution of each case.